On top of an ongoing trade war and pandemic, a new point of tension between the U.S. and China involves the Black Lives Matter protests sparked by the May 25 death of George Floyd in police custody. The narrative put forth by Chinese state media platforms like CCTV has been one-sided and colored by antipathy towards the U.S. government, which is portrayed as a hypocritical and flailing global power. Online comments about the protests on Chinese social media have been split, with shows of support sharing space with nationalistic and even anti-Black rhetoric. 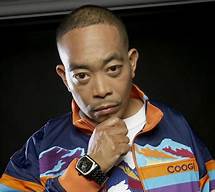 One might expect Chinese rappers, whose music is rooted in an art form born of the African American struggle, to engage more deeply with these events, but reactions to Black Lives Matter within the Chinese hip-hop scene are not far from the Party line. A handful of underground figures have taken to Twitter-like social media site Weibo to explain why their fans should care about what seem like distant, distinctly Western problems. Yet while a small number have posted donation receipts and personal calls to action, the Chinese artists who have profited the most from rap culture have had far less to say about the current moment.

In particular, the U.S. and China-based company 88rising, which manages prominent Chinese rap group Higher Brothers, has come under fire from critics who say it hasn’t done enough to acknowledge its artists’ debt to Black culture.

One of the most prominent critics has been New York-based Chinese rapper Bohan Phoenix (pictured), who facilitated Higher Brothers’ signing with 88rising. He specifically tagged the company and its star group on Instagram last week in an open call to “Asian friends who make money by means of black culture,” urging them to donate to groups fighting systemic racism….to read more, click here