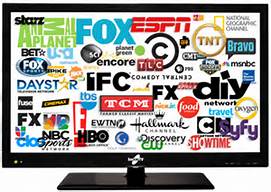 There is a revolution going on and it is not being televised. The Irony of it is that it is about TV, that all important medium that tells you what to think, what to buy, and what to wear. It is also a babysitter and your constant companion on a lonely day or night.

The revolution is about the ubiquitous set top box and the massive amount of money that the cable companies make leasing them, and the unnecessary   barriers they have constructed to separate the TV shows on cable from the shows on the internet. The cable companies are not talking about it because they don’t want their subscribers to know that there are new options coming. Radio and print media don’t want to talk about it because they have already been severely damaged by the rise of the internet.

Tom Wheeler of the FCC has mandated that by next year the public will be able to buy and own the set top boxes that they now lease from the cable companies. Currently, you can only lease them through the cable companies much like Ma Bell policy that  would not let you own your own phone  back in the day. Cable companies make about 20 Billion dollars a year off of STB leases. You can see why there is an all-out war to make sure this mandate does not happen. An even more important issue is that the proposal mandates that there be an industry standard for all set top boxes (STB’s). This standard will allow boxes to carry content from all providers not just ATT, Comcast, Netflix, Amazon, but also the many smaller online networks like Black owned and operated UIN.

This is what terrifies the cable industry. To “unlock the box” would allow cable customers to see the vast array of information and entertainment that is available on line at a much cheaper price. Getting your view of the world from your cable box is like watching the world through a toilet paper tube, it is that stark. This narrow, view of the world is partly responsible for all the division and strife  we see in the world today. Here are some reasons why we need the FCC’s proposal. This is my viewpoint as an independent internet TV network owner who’s target audience is primarily urban.

Cable subscribers pay up to $270.00 a year to lease STB’s. With the new FCC mandate, not only will people save hundreds of dollars a year, but they actually have the opportunity to make money selling the boxes themselves.

Smaller Black and Minority Networks will have a much wider audience that will be able to tell their own stories. America will get a more accurate view of itself. So many social and political analysts are wrong today because a huge majority of pundits and analysts are white males who cannot accept the changing demographics of America. The best example was Romney’s 2012 loss to Obama. He had his U-Haul packed and ready to move into the White House because “the experts” told him he was winning all the way up to Election night. It was then that the realization hit him, he had been misinformed.

The adage “he who pays the piper calls the tunes” does not apply to the media industry. Blacks make up as much as 40% of cable viewers, but own a fraction of the shows. And they make an even smaller piece of the income pie. Univision a Hispanic media conglomerate brought out “The Root” which is the biggest news source on the internet for African Americans. Where will this leave Blacks, the largest population group in America? Blacks will go from White domination to Hispanic domination. The set top proposal can prevent this from happening. 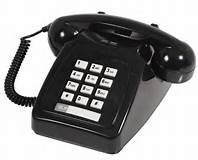 When Bell had a monopoly on the phone industry the only choices we had were color and style (old fashion, standard, and princess). Today your phone is also a TV, radio, GPS, your computer and more. Only after the Federal Government broke up Bell and encouraged competition did we get to the devices we now have. STB’s can offer a lot more, including education programs that will improve reading and math. 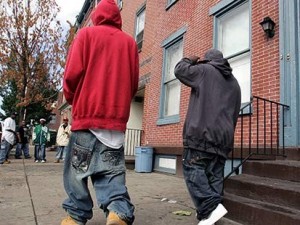 Of great importance are the negative images that dominate cable TV. It is little doubt the self-images of “the thug life”, loose women, and degrading clothing styles” are promoted on cable. Content from independent producers would give balance to the self-image of young African Americans. The images put out by the media serves neither Blacks nor Whites. They generate low self-esteem in Blacks, and they cause Whites to have problems when they encounter Blacks who don’t fit the image they have been programed to believe.

So the cable companies are fighting this proposal tooth and nail behind closed doors. They want to preserve the cash cow, the 30 Million a year salaries, and the control over peoples minds.  The STB proposal will help in a small way to bring about income equality. They are hurting themselves because the more time they spend fighting this, they more advantages

they give their competition who see and embrace the future. The organizations backing the cable companies are on the wrong side of history, and their constituents would be shocked to know who they are. We are demanding what these same cable companies demanded of the broadcasters 30 years ago, “get out of the way and let progress happen”. Please contact your congressmen and representatives to let them know that you favor the FCC Set Top Box Proposal.