June 29, 2020, 3:19 AM EDT
Earlier this month, when Quaker Oats announced that Aunt Jemima would get a new name and logo, a 47-year-old truck driver named Larnell Evans, Jr. received the news with some ambivalence. Evans is the great-great-grandson of Anna Short Harrington, one of several actresses who played Aunt Jemima at fairs and in advertisements throughout the early 20th century. The company’s rebrand and future $5 million donation rang hollow to him. “That’s the easy way for them to go,” Evans tells The Daily Beast. “I guess you would say, that’s saving money.”

He had a different reckoning in mind. Six years ago, Evans and his nephew, Dannez Hunter, tried to confront Quaker Oats about their shared history in federal court. In September of 2014, they filed a federal lawsuit against PepsiCo, the corporate owner of Quaker Oats, alleging that Harrington had helped develop Aunt Jemima’s signature self-rising pancake mix, and that the company had used her likeness as its logo without providing proper compensation. They asked for $2 billion in relief and a share of sales revenue.

“In Aunt Jemima, [Quaker Oats] still possesses one of the most recognizable and thus valuable trademarks in history,” the complaint read. “Defendants actions epitomise what is the worst in corporate America, exemplifying the worst business practices anywhere on the planet.” (Quaker Oats did not respond to multiple requests for comment.) 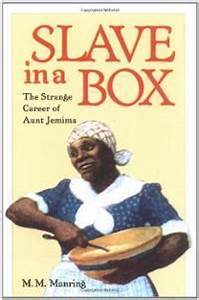 The legal saga spanned five years of filings, but collapsed after a Chicago judge dismissed the case, and later barred Hunter from further filings without court approval. The loss hinged less on the content of their case, however, than its presentation. Throughout the dispute, Hunter and Evans represented themselves without an attorney to read more, click here