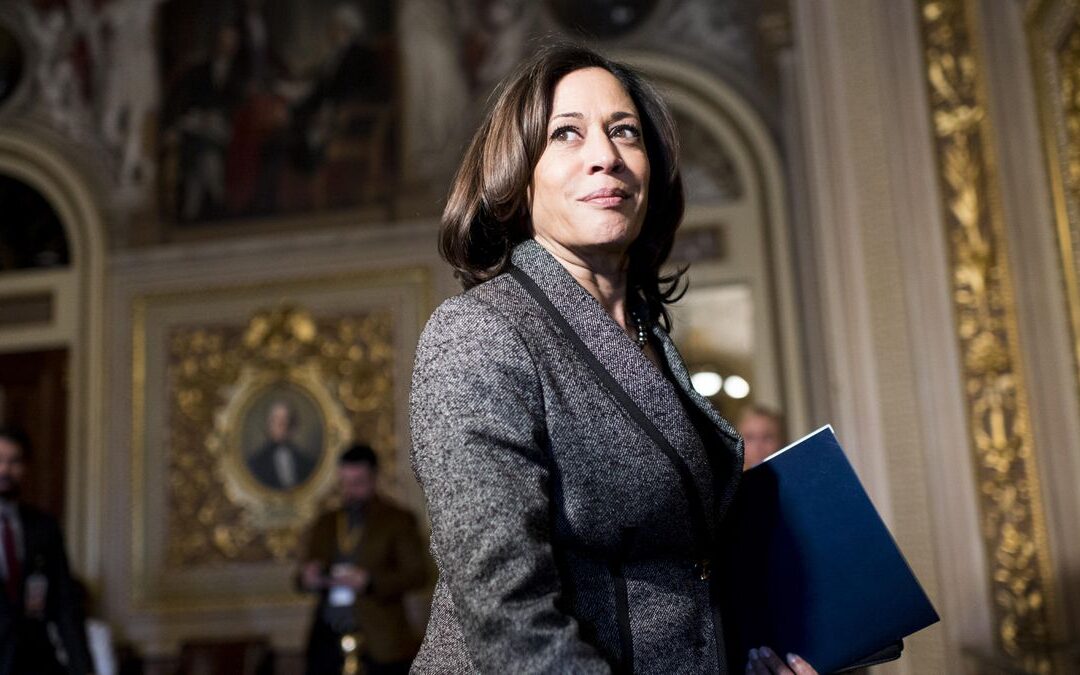 When I told my high school religion teacher I wanted to be president, he encouraged me to pick a more realistic profession for a Black woman.

His comment stunned me. Barack Obama was then in the fourth year of his presidency, but my teacher, who is white, thought that a Black politician had made it to the White House only because of the severe economic downturn and a slowly changing electorate. Most white Americans did not vote for Obama in either the 2008 or 2012 election, and the backlash against him began immediately after he took office.

Perhaps I could beat the odds, my teacher said. But history suggested that my imagined campaign was dead on arrival.

I had dreamed of becoming president since the second grade. This country is full of incompetent leaders who make terrible decisions. I believed I could do better. But my religion teacher’s analysis triggered angst, which worsened after Donald Trump’s uncouth appeals to white racial resentment made dog-whistling seem genteel.

Sure, in Georgia, Stacey Abrams nearly won her 2018 race for governor and she helped organize the impressive turnout that helped deliver the state to Joe Biden this year. And that warmed my soul. A politician whose nightly tradition includes wrapping her hair in a bonnet nearly became the chief executive of my home state.

But it would be hard to imagine a woman like Abrams prevailing in a nationwide contest.

Her spectacular ascent is inspiring. She is more than qualified to be next in line to the presidency. Her status as a graduate of a historically Black university, and her Caribbean and South Asian heritage, are unorthodox.

But Harris’ cosmopolitan, immigrant background — with its uncanny parallels to Barack Obama’s — makes me wonder if a woman like me, descended from Black people who were enslaved in America, can ever be viable on a presidential ticket.

Obama and Harris both grew up partly abroad: Obama in Indonesia, Harris in Canada. Both had immigrant parents: Obama’s father was Kenyan, and Harris’ father is Jamaican and her mother was Indian. Both had fathers who were academic economists, and mothers with PhDs: Obama’s in anthropology, Harris’ in nutrition and endocrinology. Both were born in the early 1960s — Obama is 59, Harris is 56 — at a time when America was on the precipice of big societal changes.

But unlike Obama and Harris, I can’t claim any particular nation as an ancestral homeland. My ancestors were kidnapped and forcefully separated from their families, languages and traditions.

I see my heritage as uniquely American. And though that history is horrific and bloody, I take pride in my ancestors’ fortitude and strength. But leaning into my heritage on the campaign trail would likely turn off some voters because it would resurface an ugly history they wish to forget, Niambi Carter, a political scientist at Howard University, told me.

“When Black people bring up slavery and Jim Crow, an unintended consequence is a belief, by some, that they are participating in a culture of victimization that paralyzes progress,” Carter told me.

Carter said that some voters “herald integration as proof of a post-racial America.” Indeed, many Americans who voted for Obama and Harris see them as emblems of progress. But in 2020, we must recognize that representation is not enough.

Harris has spoken powerfully about the impact of school desegregation in her childhood. But many voters see her as part of a colorblind meritocracy and may think she is “less angry and less jaded about her place in the world than African Americans whose Black ancestors endured slavery and Jim Crow,” Carter said.

Harris’ immigrant background does not minimize her Blackness. But some voters see Black immigrants as an “elevated minority,” Christina Greer, a political scientist at Fordham University, told me.

Americans see immigrants of all backgrounds as hardworking. I do too, perhaps thanks to Lin-Manuel Miranda’s “Hamilton.” But this stereotype can be juxtaposed with racist ones about African Americans being lazy.

The problem with this assessment is that these people are comparing an apple tree with an orchard, Greer told me. Many immigrants had the help of political, financial or social clout to get here. The life outcomes of Black immigrants cannot be rightfully compared to those of African Americans, in part because immigrants are not fully representative of the socioeconomic diversity of their home nations.

Sadly, that distinction is not often at the forefront of voters’ minds.

Harris is able to tap into a “superman mythology” of hailing “from everywhere and nowhere,” Greer told me. Like Obama, she has a multifaceted image that allows voters to draw on parts of her identity that resonate with them, just as Obama’s white Kansas ancestry — via his mother — helped him connect with white Midwestern voters.

It is truly monumental to have two Black people in a decade ascend to the height of American politics. Yet “it is still true that race matters,” Carter told me.

“Harris being the child of immigrants doesn’t exempt her from anti-Blackness,” Carter told me.

Carter noted that some mock Obama’s and Harris’ names as hard to pronounce. And both have faced false allegations that they were born elsewhere and thus ineligible to be president — and that they are not even really American.

These slanders resonate with me because they’re indicative of what it means to be Black in America: No matter how far you go, people will still tear you down because of your Blackness and because they don’t think you belong.

In fact, “Black Americans are the most American of Americans,” Orlando Patterson, a Harvard sociologist, told me. Though African Americans have been here longer than the majority of white Americans, they are not seen as such — because America has historically been understood as a country for white immigrants.

“Their Americanness is denigrated in that respect,” Patterson told me.

Harris and Obama are not white immigrants. But their story is “seen as more consistent with the white American story,” Patterson said.

Ari Fleischer, who was a presidential spokesman under George W. Bush, said Harris is “not that historically exciting” to Black people. That’s certainly not true. I am excited to see a Black woman in that position of power because it’s shown how far this nation has come. But it is still true that how Black candidates fit into the mainstream affects how they connect with voters nationwide.

And for those descended from American slaves, it will be an uphill battle to the highest offices of this land.