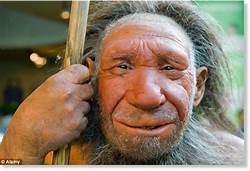 New research suggests that interbreeding between early humans and Neanderthals was not the rarity scientists had once thought it was, but rather a more regular occurrence over several thousands of years.

In a study published Thursday in the journal Nature Ecology and Evolution, a pair of researchers from Temple University explained how the interbreeding started about 75,000 years ago — not long after early humans moved out of Africa and into Europe and certain parts of Asia. There, the early humans first encountered Neanderthals. As noted by History, earlier studies had suggested that most modern humans have about 2 percent Neanderthal DNA as a result of interbreeding between the two species.

While a number of papers had suggested in recent years that modern humans, with the exception of those whose ancestors never left Africa, got their Neanderthal DNA from occasional encounters with the extinct hominid species, the researchers behind the new study stated otherwise. Said research team suggested that the early humans who populated Eurasia after leaving Africa interbred with Neanderthals at “multiple points in time” over a span of 35,000 years.to read more of this article click here