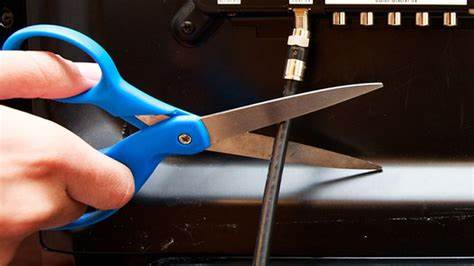 Continued cord-cutting and the shift to streaming resulted in what analyst Michael Nathanson of MoffettNathanson called a “shocking” 39% decline in total-day C3 ratings for broadcast in July.

Nathanson noted that a year ago, the Olympics, NBA Finals and Stanley Cup Final all ended in July and weren’t available in 2022. But more importantly, he said that while historically big dips in broadcast viewing meant gains for cable, cable ratings were down 18% in July, a small improvement from the 23% drop seen in June.

For cable, July marked “a continuation of the steady though rapid erosion of its viewership with no recovery in sight,” he said in a research note Tuesday.

According to Nielsen, July marked the first month in which streaming had a larger share of viewing than cable, he noted.

“For years, conventional wisdom in media has held the opinion that the future belonged to streaming. In July, that future finally arrived,” Nathanson said. “While streaming’s edge in July was narrow (34.8% of total video consumption vs. cable’s 34.4% share), the Rubicon has been crossed.”

The bottom line: the continuing impact of cord cutting threatens the linear ad revenues media companies are spending to build their streaming services.

“While we expect streaming to continue to grow, these significant linear cable network ratings challenges should put further pressure on the ad dollars each media company relies on. Add in a potentially deteriorating macro environment and it becomes hard to find cause for optimism for many legacy cable network owners,” Nathanson said.