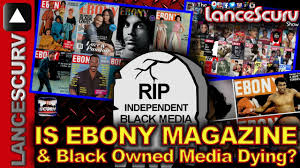 CHICAGO (FinalCall.com) – Living in dangerous times is how Sherman Kizart of Kizart Media Partners described the current state of Black-owned media companies during a panel discussion, “Telecom: Minority Media Ownership: Can We keep Hope Alive?” at the 41st Annual Conference of the Rainbow PUSH Coalition and Citizenship Education Fund.

Multi-media consolidation by huge corporate conglomerates, lack of access to capital and advertisers that do not target Black and minority stations are a few challenges making it tough to get a foothold in ownership. 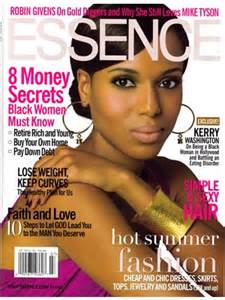 Mr. Kizart related the fate of Inner City Broadcasting, a New York-based company founded in the early 1970s that recently shut its doors.

At one time, it was the largest Black owner of radio stations nationwide, co-founded by the late Percy Sutton. The company was a founding member of the National Association of Black Owned Broadcasters, which advocates for Black media ownership in television and radio.

“As of July 12 Inner City Broadcasting will not exist,” Mr. Kizart told conference attendees, during the July 13 session. “Why is Inner City Broadcasting gone? … Entities like Clear Channel didn’t do African American ownership a favor by selling Inner City broadcasting three markets for almost $200 million at 20 times cash flow. They did the same thing with a number of other different minority owners because we’re so desperate to have the opportunity to own our properties. At the beginning of consolidation the Telcom Act of ’96, where that consolidation train just steamrolled, the only way we could get those opportunities to buy those properties was from these major consolidators,” he explained. “When they sold it to us, they sold them to us at incredibly inflated prices, at prices where we could not service the debt and what is happening now? Those same entities, the banks and the others, are taking (stations) back and as of right now the second largest African American-owned broadcast company is no longer here,” said Mr. Kizart.

Discriminatory practices in radio and television advertising, the bread and butter of media owners, is still prevalent, making it tough for owners to survive. No Urban, No Hispanic Dictates is the term advertisers and marketers use to rely their unwillingness to pay for ads reaching those audiences. 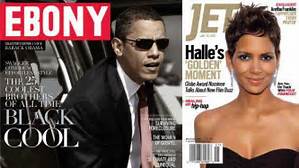 “That practice costs African American-owned and Hispanic-owned targeted properties conservatively about a quarter of a billion dollars a year,” said Mr. Kizart adding that a non-discrimination policy and a complaint review process has been signed onto by major ad industry players to address the problem.

The current focus of the FCC committee is on what can be done cooperatively and collaboratively to address the dismal numbers of “minority” ownership, according to Mr. Kizart.

The high-jacking of Black images has been another casualty of the drop in Black media ownership.

Blacks are in trouble because for so long Black images have been controlled by other people, said Attorney Jeanette Foreman, who served as a panelist. Ownership means being better able to control images, said Atty. Foreman. 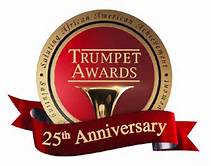 Black-owned media is a critical “conduit of information” to the community from a Black point of view, noted Atty. Foreman. “When they found that out, however, that began the business of where we are now, why we’re in trouble, which is the consolidation of ownership of media,” she added.

Atty. Foreman said broadcasting on low signal radio is a way for Black and Latino communities to organize and get out their messages. She pointed to the success of a small community in Louisiana that united around such an effort. “It is an opportunity that if we took advantage of it, it would give us transformative powers to gather, to collaborate in ways that we don’t do now. It would give us accessibility to each other which we badly need. It would give us affordable ways that we’re now blocked from because so much of media is so expensive that we cannot get ourselves heard,” said Atty. Foreman.

“We need to all be very aware that every one of us on a mass scale needs to understand some of the media policies that put us in danger. Not only African Americans, but put our whole democracy in danger. Because we need to hear the proliferation of voices that are non-commercial, that have no interest except to tell the truth about what’s going on from many points of view,” said Atty. Foreman, also a board member of Prometheus Radio Project