Americans are taught a history of “a country that does not exist” : Nicolle Hanna Jones 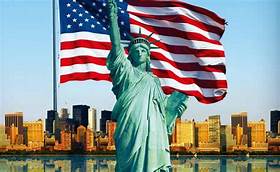 reporter Nikole Hannah-Jones said the American people will not “willfully” work to confront the “anti-Blackness” in society, said that they have been “taught the history of a country that does not exist,” and suggested there must be a “serious examination” after mainstream journalists “got caught up in the Republican propaganda campaign” to discredit the 1619 Project.

Hannah-Jones, who authored the 1619 Project and was named to TIME‘s list of the “100 most influential people” in 2021, made the remarks during an interview with The Associated Press.

“I think that we are in a very frightening time,” Hannah-Jones told AP, referencing the standing of American democracy. “People who are much, much smarter than me, who have studied this much, much longer than I have are ringing the alarm.”

She added, “I think we have to ask ourselves … the narrators, the storytellers, the journalists: Are we ringing the alarm in the right way? Are we doing our jobs to try to uphold our democracy?”

Asked what she had learned this year about America’s current position on “racial justice and our reckoning with history,” Hannah-Jones said 2021 is “reflective” of what she had “always understood” about America.

“And that is that steps forward, steps towards racial progress, are always met with an intensive backlash,” Hannah-Jones said. “That we are a society that willfully does not want to deal with the anti-Blackness that is at the core of so many of our institutions and really our society itself.”

Hannah-Jones also said there should be a “serious examination” after mainstream journalists questioned the 1619 Project and “got caught up in the Republican propaganda campaign,” which, according to her, “tried to conflate the teaching of a more accurate history, the teaching of structural racism, with trying to make white children feel badly about themselves or guilty.”

“So much of the coverage was driven by that. … I hope that there’s going to be some serious examination of the role that we as media played (in) really putting forth and legitimizing what was a propaganda campaign,” she said.

Hannah-Jones also told the AP that readers of the 1619 Project will learn about America’s history, as well as the “history that shapes so much of modern American life,” claiming that current history lessons are representative of a “country that does not exist.”

Concluding the interview, Hannah-Jones predicted that Americans will be “severely tested in the next year or two to decide, what are we willing to sacrifice to be the country that we believe that we are?”

“And whose rights do we hold as fundamental in this country? And are all Americans worthy of having those same rights,” she questioned further. “I don’t think we know the answer to that. But I think what is important for us to know is we decide.”

The New York Times’ 1619 Project is a long-form collaboration that seeks to “reframe the country’s history” by bringing slavery and racism to the forefront of the national narrative. It was led by Hannah-Jones, who won a Pulitzer Prize for commentary last year for the project.

Hannah-Jones drew immense criticism this week after she said she “doesn’t understand” why parents should have a say in their kids’ education.”