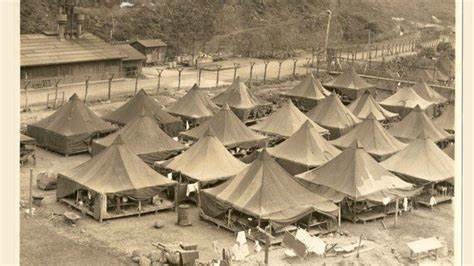 Traditionally, African people have a human spirit from which they cared about other humans regardless of their ethnicity or “race”. The latter category was introduced into the modern world by non-Africans.

This is the hidden story of American Africans who befriended Japanese Americans during World War II and in some ways, degrees of commonality persist today. Many are aware that during World War II Japanese Americans were forced into internment camps on the West Coast and in the process, they lost their businesses and homes. President Franklins Roosevelt through Executive Order 9066 authorized all people considered a threat to be forcibly transferred to the internment camps. The Executive Order affected only Japanese Americans. On the west coast of California, Baldwin Hills in Los Angeles County was once a primarily Japanese area and after their forced evacuation it ultimately became a cornerstone of the Black community.

There were major limitations on the American African community as home and business owners. They were able to move into the Baldwin Hills and it remained a stable Black community until the current gentrification by both Caucasian and Hispanic group attempts to remove them from not only Baldwin Hills, but the Leimert Park area known as Little Africa. Despite the historical attempts to desecrate the Black community through rent increases, mortgage entrapments, limited business opportunities, and gentrification the community has maintained its humanitarian spirit and they have done so without legislative directives.

In 1943, the Japanese community was round up and forced into internment camps due to the bombing of Pearl Harbor on December 7, 1941. Most Japanese Americans were undoubtedly loyal to the United States, but there was military and governmental doubt, so they were forced out of their freedom and eventually lost their homes, businesses, and employment. One community reached out to them and that was American Africans who opened their hearts to the pain and fear they must have felt. A community themselves forced into racial segregation and racial terrorism rented busses and went to the camps and transported Japanese Americans to Black churches. They worshipped together as mutual communities and the American African community helped in a major way to uplift their spirit and let them know they were not alone under deplorable living conditions that became their normalcy for at least three years.

This brave act reaffirms the humanitarian spirit of the American African community that originates from Africa, not America. It is the act of a people who recognized religion was not meant to be selfish. It reflects a people still rooted in African traditional religions that emphasize “we” rather than “I”. The transport of Japanese people who were incarcerated to worship at American African churches shows the bravery of a community always under the threat of terrorism and their strong belief that God would protect them in their heroic acts towards the Japanese community. It is an awesome act of humanism that does not require legislation, but a caring spirit and a giving heart rooted in traditional African religion and can be seen in the selfless work of Dr. Martin Luther King, Jr., Fannie Lou Hamer, Ella Baker, Gloria Richardson, Ruby Doris Robinson, Malcolm X, Shirley Chisolm, our mothers, fathers, grandparents, and ancestors.

The American African community is a people with a powerful inner spirit of humanism that stems from their original religious traditions. For some, it has remained a primary foundation in their embrace of Christianity, Islam, Hinduism, and other religions. It is the humanism of Black people that we hold as a source of pride because it is one of the primary ways we are identified as a people. Some racial groups see it as a sign of weakness in the community and consider it a recipe for racial manipulation. However, American African people’s faith in God and in their service to other humans is the mark of true humans. It is within this capacity we provided a necessary service to our Japanese brothers and sisters, their families, and their community. Our humanism that stems from our belief and faith in God is the cornerstone of our humanity and is the foundation of our struggle against anti-humanism in the United States and around the globe.